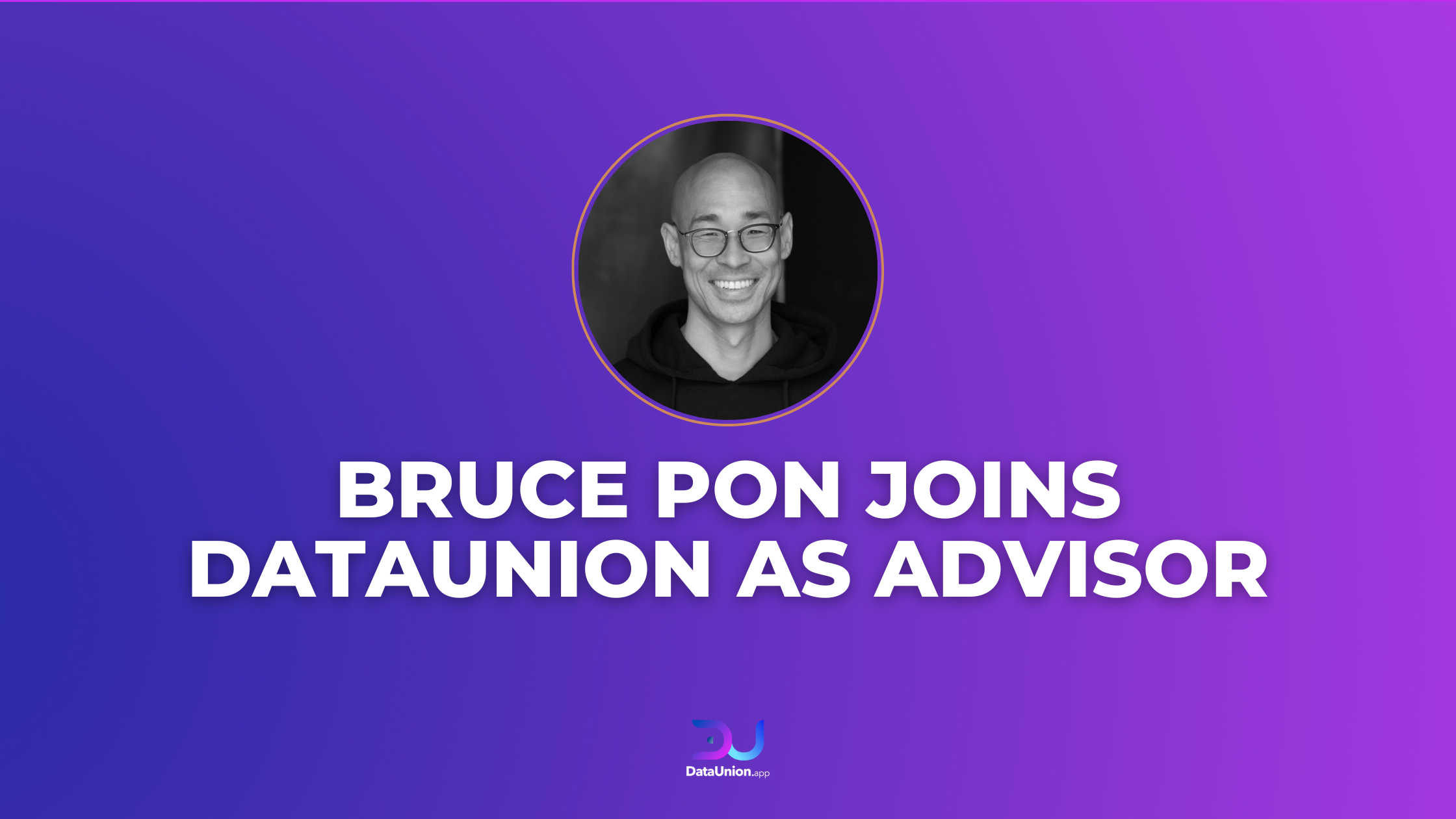 DataUnion Foundation is excited to announce that Bruce Pon will be joining as an advisor.

Bruce is co-founder of Ocean Protocol and Global Innovator at the World Economic Forum. He has been building Web3 projects since 2013, with his first project dealing with NFTs on Bitcoin. He is one of the strongest proponents of the new data economy and making blockchain data more accessible.

He also boasts a successful track record in co-founding a number of startups including Avantalion International Consulting, BigchainDB, Ascribe.io and Interplanetary Database.

An in-demand keynote speaker, Bruce delivers presentations on blockchain and decentralised technologies as well as guest lecturing at prestigious institutions such as MIT, Oxford, NYU and ESMT.

Robin Lehmann, Co-Founder, and CEO of DataUnion said: “Bruce has been a supporter of DataUnion since the beginning. He is a legend in the industry and has been instrumental in bridging the gap between Web2 and Web3 as well as driving the development and understanding of the new data economy. His expertise is instrumental as DataUnion goes through its next phase of growth.”

Bruce Pon, Co-founder of Ocean, said: “DataUnion is a great example for projects building on top of Ocean Protocol and providing services to the ecosystem. In a world of ecosystems, collaborating across boundaries is key and adds value to data.”

DataUnion is entering an exciting phase, demonstrating its potential with its recently announced partnerships, such as WeDataNation, OpenFabric, nCight and Brainstem Digital Health.

Ocean Protocol technology allows private data to be shared, without compromising control or security for the data owner, while ensuring traceability, transparency, and trust for all stakeholders involved.

DataUnion is focused on building our DataUnion-as-a-Service platform as the building blocks to creating a new decentralised, and democratised, data ecosystem. Our priority is to create the infrastructure required to allow organisations, companies and individuals to come together to create DataUnions that allow all parties involved to benefit from the value created.