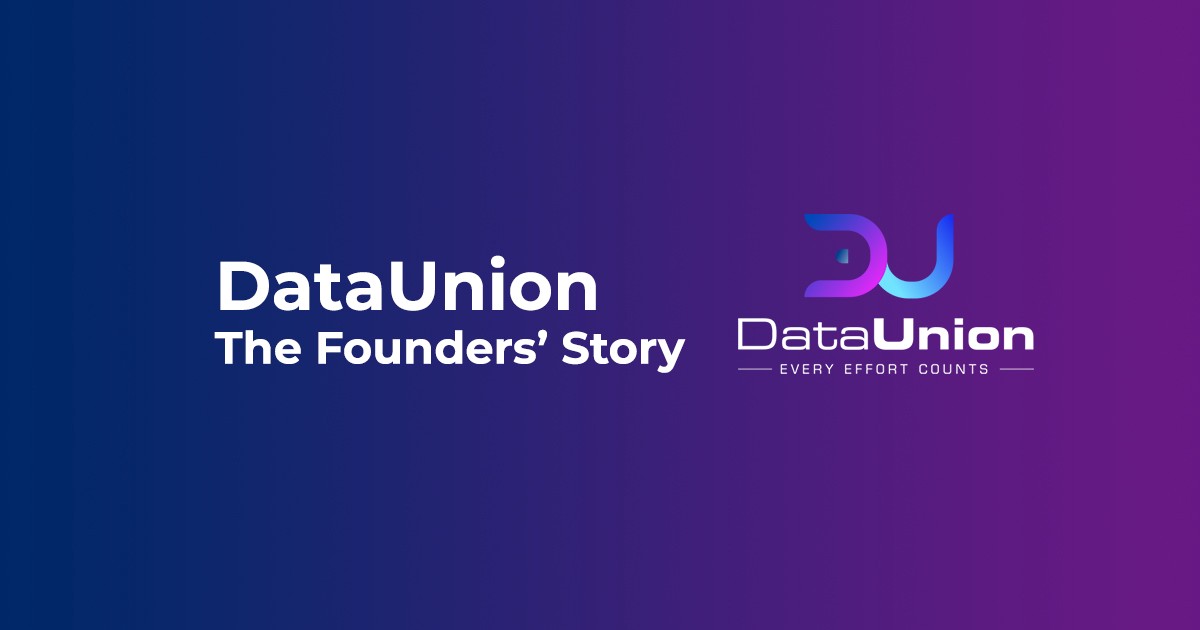 Both our founders, Robin Lehmann and Dr Mark Siebert, have worked in data for more than 35 years between them. During that time it’s safe to say that they’ve learned a thing or two about the importance of data, analysis and machine learning. More interestingly though, they saw how companies are prepared to silo themselves, their data, and their insights, from the rest of the world, costing them vast amounts of resources and stifling innovation. The perfect example of the Web2.0 mentality.

Robin’s experience within the automotive industry allowed him to see first hand how much companies were spending on collecting and validating data. It’s not just money, it’s also time. Creating and building the data sets, finding teams of people to annotate, validate and clean the data and then finally, algorithms can be run on the data set to extract useful insights.

Once the insights have been gathered, the data set, along with the algorithms, are usually shelved. Stored away in the data warehouse of whichever organisation created it in the first place. It gathers virtual dust and in most cases, is forgotten about forever. Seeing this first hand sparked the idea in Robin’s mind that there had to be another way.

From Mark’s point of view, his experience working for a data analytics company showed him the true importance of the role data plays, and will continue to play, in the world. Data alone doesn’t drive the impact, it’s the combination of data, algorithms and the human input that drives and influences the development of AI. This brings up the topic of responsible AI and how we can all build a better data economy in the future.

There Has To Be A Better Alternative?

As Robin embarked on his journey to better understand the future value of data, he came across Ocean Protocol, a blockchain powered protocol aiming to unlock the value of data. Over time, and by getting more involved with the Ocean community, Robin became a founding member of the Ocean Protocol Ambassador programme. This gave him a wide and varied exposure to the community, the team behind the project, and the projects that were building in the ecosystem.

A little while down the road, Mark, looking at new business models for data systems, was introduced to the Ocean community and was welcomed by Robin in Discord. Both were looking for answers to questions that they felt were imperative to building a better future when it comes to data. After a few conversations together on Discord, the two immediately realised the synergies in what they were doing and decided that they should explore what they could do together.

At Odyssey Momentum in 2020, Robin had decided it was time to try to build something that would embrace the spirit of collaboration whilst sharing the value with the community that helped to build it. Our first DataUnion Planet Computer Vision was born. The premise was simple.

Create a platform that would allow people to upload images, annotate and verify those images, and use that data to help train a robot that could pick up litter on beaches. The initial pool to reward contributors to the data set came together. The tools were built and our first proof of concept of how a new data economy could function was created.

Since then, some 600 contributors have uploaded, annotated & verified thousands of images across 10 different bounty missions. The premise and use cases originally developed for this hackathon proof of concept isn’t the end goal for DataUnion Foundation, but it is where it all started.

What if we could build a platform that would allow others to create, nurture and grow DataUnions so that everyone that contributes shares in the ownership, and value, of that data. Even better still, what if by owning that data collectively, they could share in the value created when algorithms are deployed on the data?

Suddenly, we’re talking about shifting from a Web2.0 to a Web3.0 mentality. Shared ownership, rewards for contribution, decentralisation of data, collaboration between parties and most importantly, a future governed by its own community.

What is needed are the tools and mechanics to allow people to build these unions for themselves. To run, govern, collaborate and share with a community. Where everyone has the opportunity to raise and share in the value of their DataUnion by participating.

You see, the world isn’t a zero sum game. It’s far from that. And the premise of this next generation of Web3.0 is exactly that.

A rising tide lifts all boats

The result of all this is DataUnion Foundation’s DUaaS (DataUnion-as-a-Service). A set of tools that will allow anyone to be able to create, deploy and build a union around data.

“We’re building an ecosystem that gives everyone the opportunity to use their own data for their own profit” says Robin Lehmann, Co-Founder and CEO & CTO of DataUnion Foundation, adding “it’s a chance for everyone to participate in a new data economy, that rewards contributions with a share of AI algorithms that will shape our future.”

By working in an agile manner, step-by-step, in-line with our community, partners and contributors, we’re iterating daily on the tools and products we’re building. We can decide the principles, the values and our beliefs as an organisation. But to truly build something for the community, we have to include them in our journey. We have to build a solution together.

“This is a path that hasn’t yet been taken. We’re building something brand new. A way for communities to own their data. For participants to be rewarded in a new data economy. A chance for data collaboration on a scale that has never been attempted before” says Dr Mark Siebert, Co-Founder and CCO of DataUnion Foundation.

Together, We Can Do More

For both Robin and Mark, there’s one thing that’s clear as crystal in everything that they do. They both share core common beliefs that now sit at the heart of the DataUnion Foundation.

Everything we create, the community that we engage with, and the impact we want to have in this space continues to build on those foundational beliefs. For us, the way to build this successfully is by listening to our community and building the DataUnion Foundation together with them.

Recently we took part in the Sovereign Nature Initiative hackathon, alongside partners from charities and organisations across the world, aiming to develop new ideas that enable representation of non-human life, establish governance models and empower ecosystems to act in their own interests and to produce and capture value in their own right.

We had an amazing opportunity to work with 100+ individuals and 25 other teams, and the event has sparked more conversations, with more partners and organisations, and it quickly becomes apparent that when we say “together, we can do more”, it really is true.

And we’re only just getting started.

We’d like to invite you to join us on our adventure. We know we can’t do it alone and we’re building an inclusive community to help us on our mission. Join us over on the DataUnion Foundation Discord server and meet the team and collaborators that are busy creating the new data economy for everyone.

To find out more about DataUnion, visit: